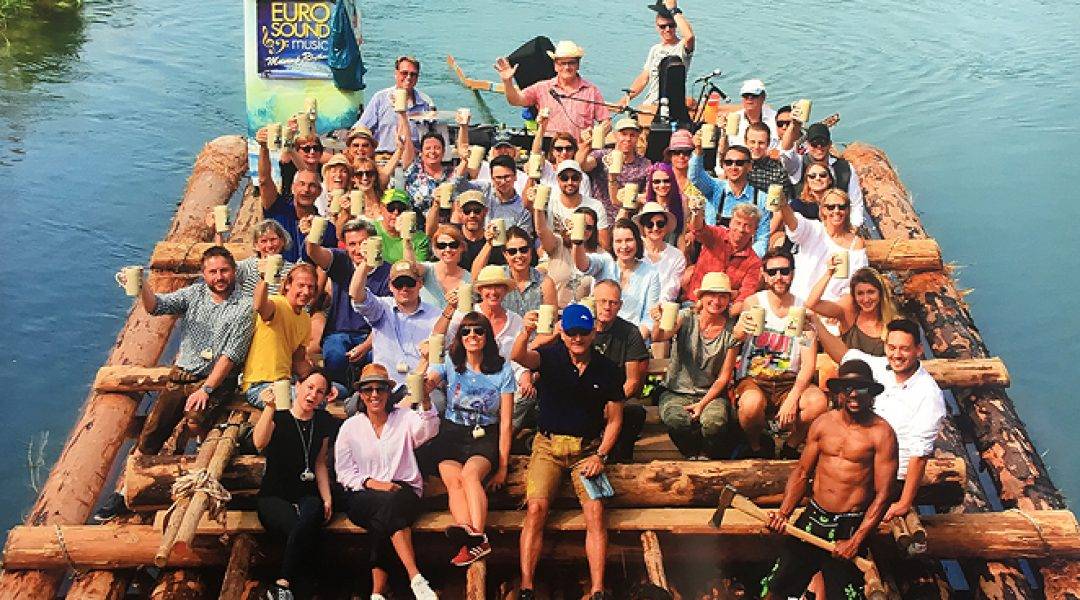 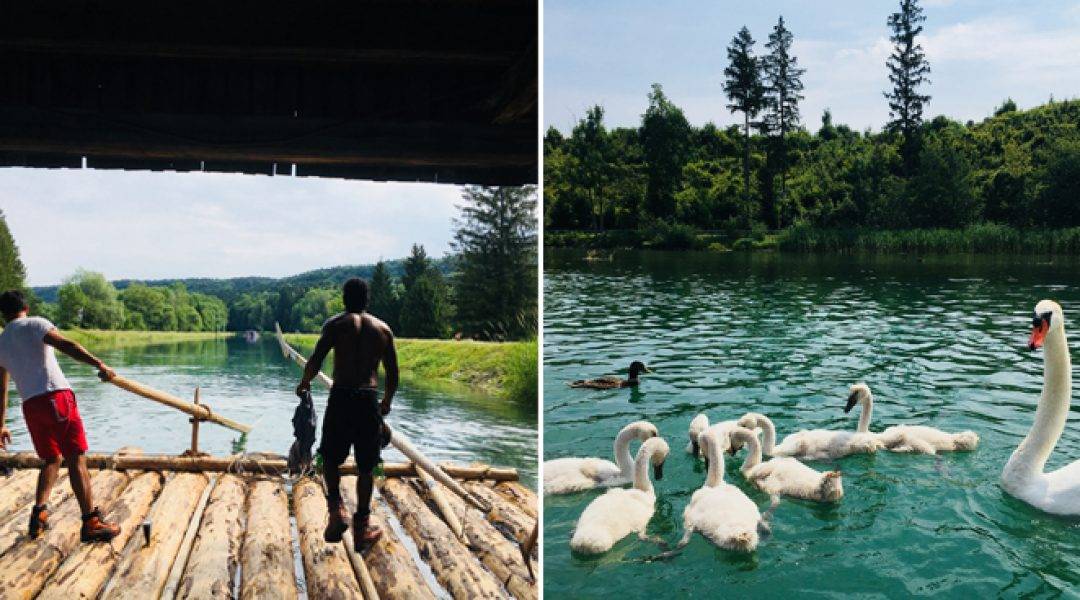 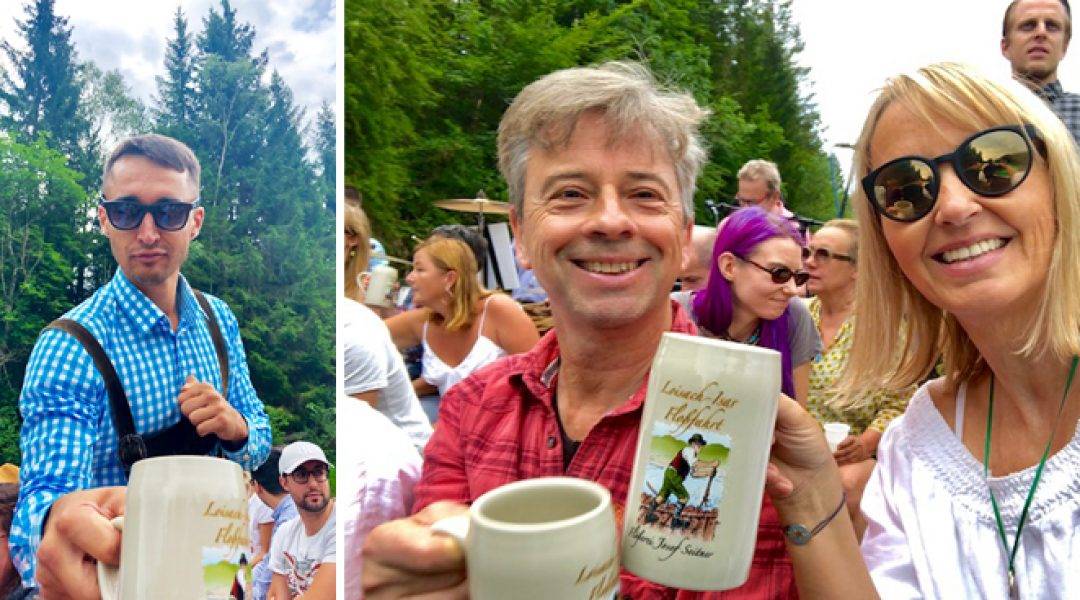 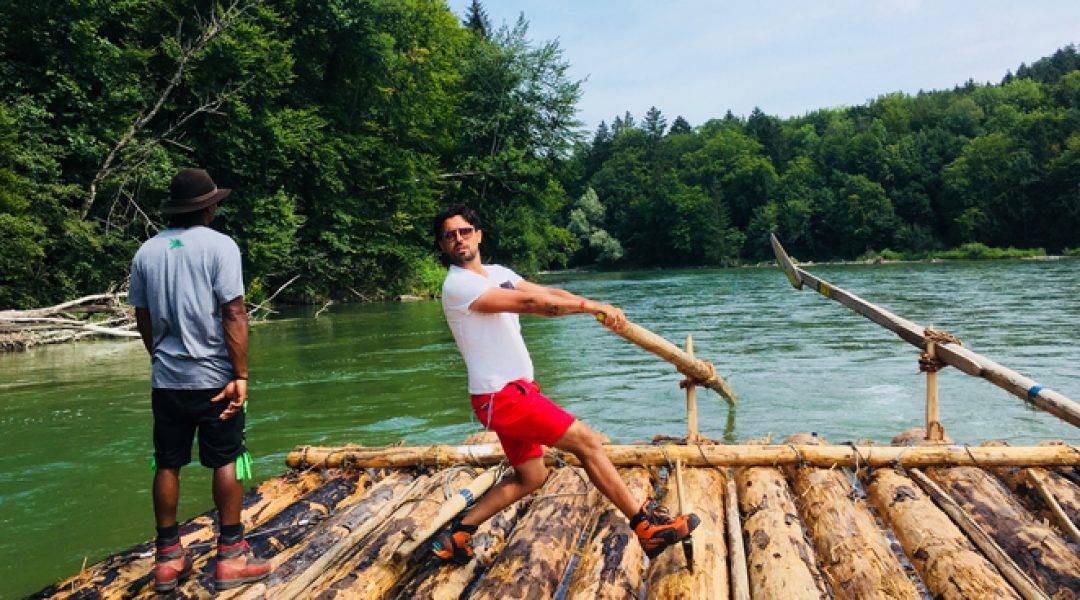 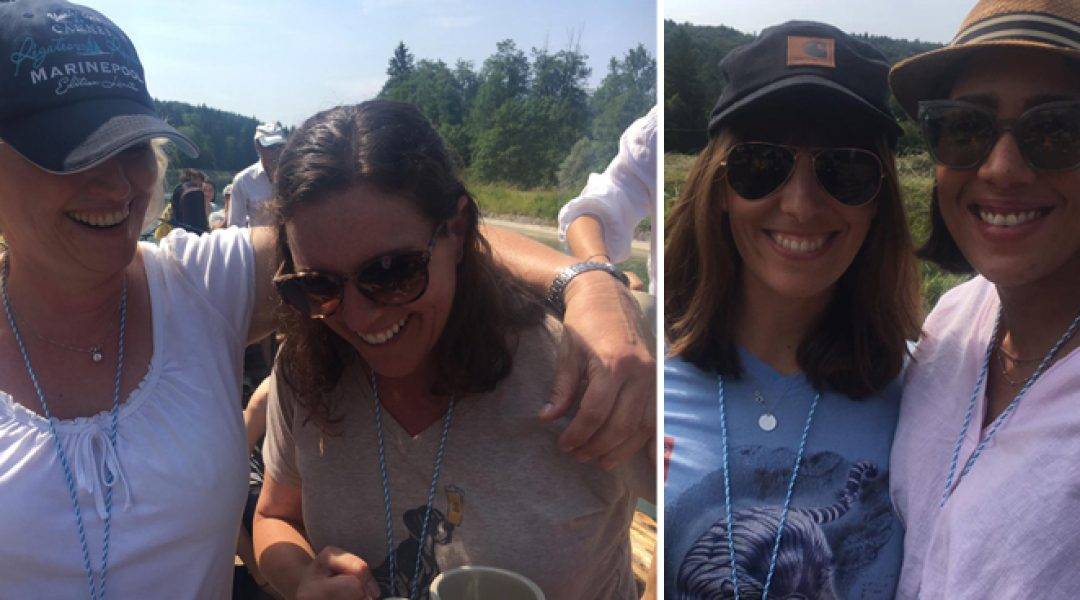 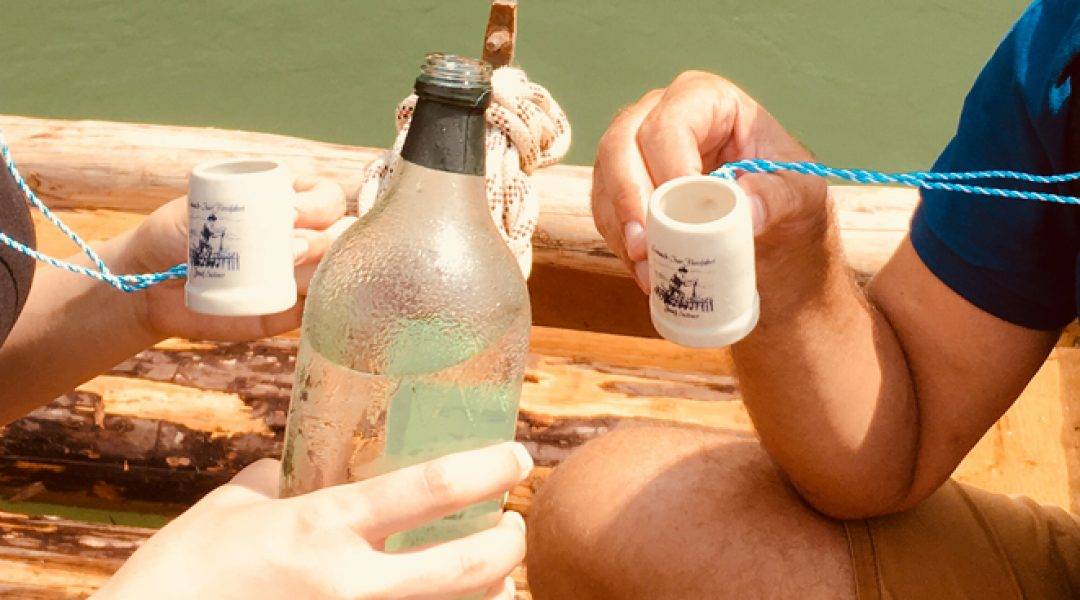 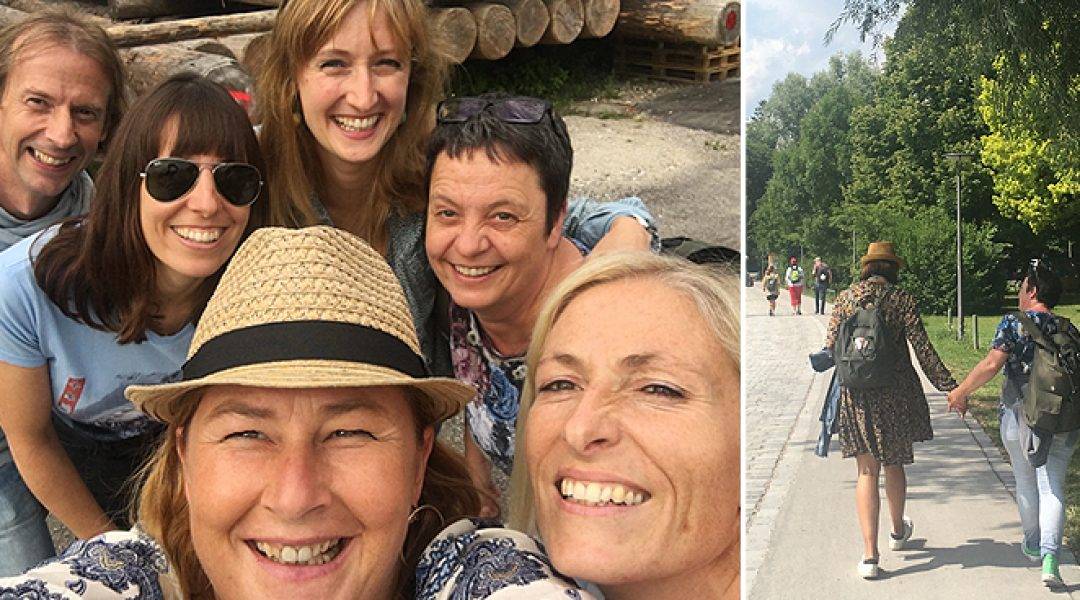 We had to wait three years – now it was finally time! We had already made a trip on the Isar for our company summer party of 2016.  Many of the colleagues who were there in 2016, still rave about it today.  This year we were allowed to experience a new edition: Off to the Isar raft for the StockFood Summer Festival 2019!

The tales of the experienced rafters made the newcomers a bit afraid.  A raft trip on the Isar is not for the weary. There was talk of dangerous raft slides making it absolutely necessary to pack a change of clothes. Someone could quickly go overboard in the raging streams of Isar & Co…

Early in the morning we curiously and anxiously got off the bus, which had brought us from Munich to Wolfratshausen to the drop-off point. This time our colleagues from the USA and Great Britain as well as partners and guests were with us. Well equipped with sunglasses, hat and thick sunscreen we finally went on board. Our raft had been built in the early morning from 16 large spruce trunks in about one and a half hours.

Our three experienced rafters Mica, Jason, and Lorenz steered us expertly from the Loisach over the works canal into the Isar and looked good doing it! The band, EuroSound, played and provided a cool party atmosphere. There was singing and dancing on benches.  It was a great raft party!

In the best of spirits and with delicious food and beverages onboard, our 28-kilometer long journey went through beautiful Isar nature reserves, passing the Schäftlarn monastery, through the Mühltal valley and gave us a wonderful view of the Grünwald castle. Those who found it too hot under the perfect, blue, Bavarian sky, plunged into the refreshing waters on our trip.

The liveliest experience was going down Europe’s largest raft slide that was 350 meters long and had a drop of 18 meters high. Backpacks and beer mugs were the way of the day. Above all, we had to hold on tight, but then again, a little bit of water has never hurt anyone…

Finally, we landed in the beer garden Villa Floßlände at the central landing stage in Munich. All around, everybody agreed that our 2019 summer raft party was a success!

Chiaroscuro : An Homage to Art History

The Beauty Found in Germany